By James PrattAugust 8, 2016No Comments 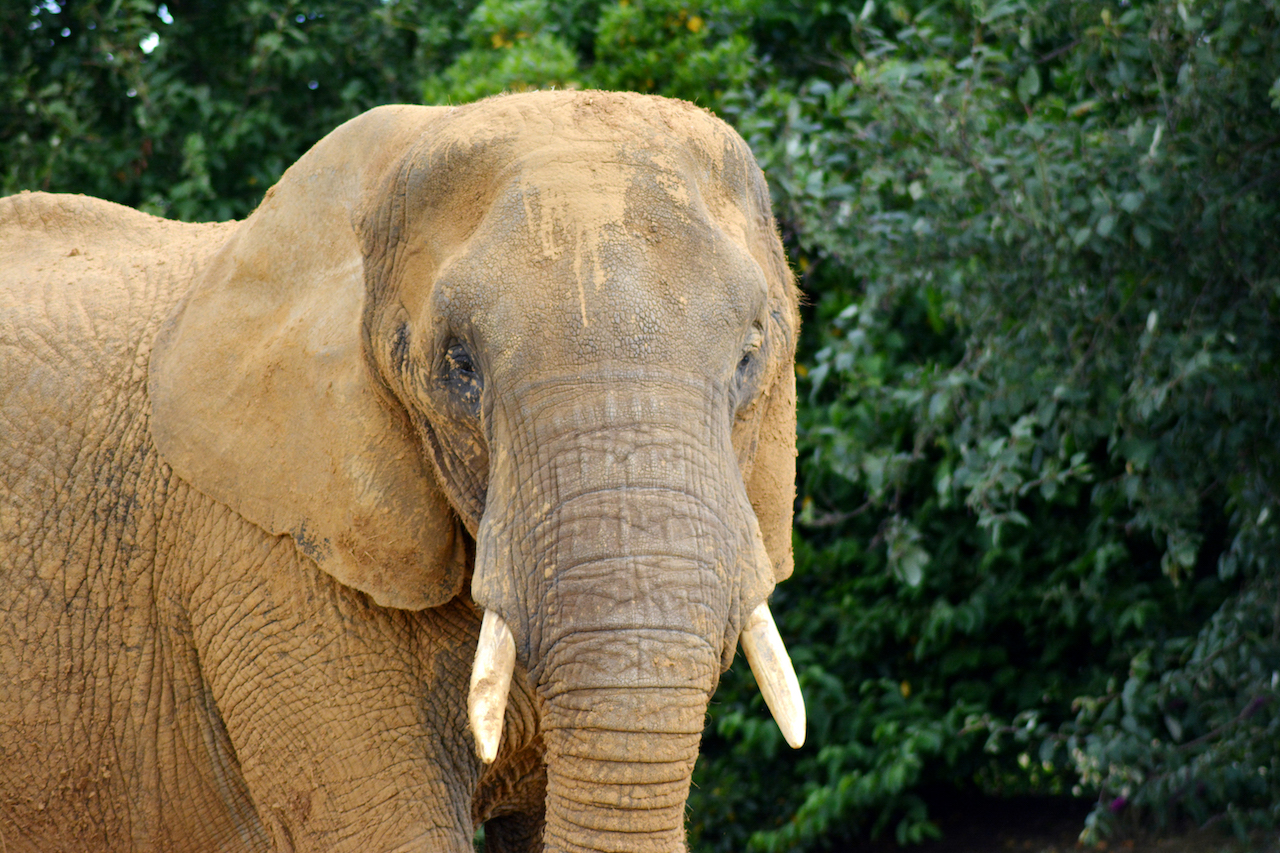 Company culture is much more complex than is often written about. For example, this Forbes article concludes that culture is the sum of a company with purpose, having engaged employees, the existence of trust and a willingness to learn. Our last 5 articles showed – I hope – that there is a great deal of subtlety and complexity to company culture. Now you’ve got a handle on that complexity and you’ve started observing your culture with a more trained eye, I have some news for you. Company culture is more complex still. In this article I’ll describe 4 different perspectives on culture to show that it shifts depending on where you are observing it from. In the next article, I’ll show you how you can understand and record these perspectives on culture.

I first encountered HTC early in my career at Microsoft, around 2003. HTC were working on one of the very early smartphones the SPV e200. I had joined Microsoft to create the developer platform and tools that allowed developers to build phone apps. Now, we take apps for granted. In 2003, having apps on your phone was a maverick idea. Your computer ran programs (apps) and your phone was for making phone calls.

My job at Microsoft included gathering bugs from our developers; problems with the phone software that prevented their apps from running right. I’d just run a developer workshop that had uncovered some nasty bugs. That evening I got on the phone with some engineers at HTC to explain the bugs. It was a strange conversation. I explained the bugs, there was some hushed chat in Chinese that I didn’t understand followed by the proclamation “We’ll fix them”. I went to bed.

When I woke up the next morning I had a new build of the phone software in my inbox. It fixed all the bugs.

I was dumbfounded. You have to understand that building smartphones was new and fixing problems could take a very long time. Other partners would take weeks to fix problems.

This incident established HTC employees in my mind as miracle workers; people who worked faster than I thought possible. Over the next few years, HTC employees continued a trend of performing miracles by being first to implement our newest software and quick to fix problems. They were a great partner. I marvelled at what sort of company culture could produce such magical feats.

Many years later, I had the opportunity to join HTC to work on some new businesses they were trying to start. As I started to fly back and forth to Taiwan, I saw the remarkable culture that allowed HTC to perform miracles. It employed bright, enthusiastic and driven engineers and program managers who were committed to doing their absolute best for the company. They were a joy to work with, with none of the hand wringing or intellectual debates I’d experienced at Microsoft that slowed things down.

As time went by, we shipped lots of new software and I rose through the company. As I moved up, I had perspectives on culture that changed. I started to see how the bright and enthusiastic engineers were often tired.

They were maintaining an external bright and enthusiastic exterior that hid a weariness that only came out in private conversations, out of earshot of the managers.

Their motivation was to please the managers and avoid reprisals for saying no or failing to complete a task. Their default was to say yes regardless of the complexity of the task. Motivated by a desire to complete tasks at all costs, sometimes they would take shortcuts to solve difficult problems quickly.

I’ll point out again that there are no good or bad cultures. The question is whether the culture serves the company. This culture continues – I believe – to serve HTC well as they continue to innovate and ship market-leading products like the HTC Vive.

What happened at HTC? Had I misread the culture I observed from Microsoft? If I’d been more attentive would I have seen some of the things I later observed? The answer is “probably not”. Company culture looks different depending on where you observe it from; your perspective. It’s like the story of the blind men and the elephant. As each blind man grabs a different part of the elephant, and based on what he feels, he may conclude the elephant is anything from a plowshare to a pillar. I argue that there are 4 perspectives on culture and that all 4 are necessary to form a comprehensive view:

The company can look quite different from these four perspectives on culture. Let’s take a look at an example of each.

This is the culture as the majority of your employees experience it every day. The first 5 articles in this series have taught you how to read your culture from your own Front-line perspective, through the lense of language, rituals, status and taboos. Here’s a quick refresher of the different cues from those first articles:

I’ve noted before that perspectives on culture can change based on your place in the hierarchy of an organization. Earlier in this article, I noted how my perception of the culture of HTC changed as I moved into more senior roles. Wouldn’t it be great if the experience of a company for the front-line employees and the senior management was the same? Sadly, it’s rare that leadership and front-line see a company in the same way. This can be a source of tension. For example, the leadership team might think that “we need to work harder to meet our goals”, whereas the employees might already be working very hard and wondering why there isn’t a better strategy.

As a leader within a company, the status you’ve been afforded warps your view of the culture.

For you, making decisions and changing a strategy or a project is easy. When you ask someone to do something, they probably do it. To you, status is awarded based on merit, whereas to an outsider it might look like an “old boys’ club”.

There’s an example of this disconnect that I particularly like. In August 2015 the New York Times wrote a scathing piece about how difficult it was to work at Amazon. Amazon CEO, Jeff Bezos wrote that the article implied “Amazon intentionally creates a soulless, dystopian workplace where no fun is had and no laughter heard”.

The disconnect between a Jeff’s perspectives on culture and the employees comes in his rebuttal. Jeff writes :

The article doesn’t describe the Amazon I know or the caring Amazonians I work with every day.

And in wrapping up he writes :

I strongly believe that anyone working in a company that really is like the one described in the NYT would be crazy to stay. I know I would leave such a company.

If you live in Seattle and you work in technology, you know a lot of people who work at Amazon. I do. You don’t have to ask many Amazon employees before you start to hear stories a lot like the ones in the New York Times article. I don’t know any Amazonians who didn’t recognize the Amazon described in the article by the New York Times. Amazon is a very serious, very tense place to work. That’s not necessarily a bad thing, however. People get a tremendous amount of personal reward from the projects they work on and the impact they make at Amazon.

Why doesn’t Jeff see all these horror stories? Simple: the “caring Amazonians” Jeff “works with every day” are mostly his senior leadership team and the top tier of managers below them. These are people who have fought their way to the top, in some cases exactly by using the sort of management described in the New York Times article. It’s easy to be kind to another millionaire tech executive.

Why don’t people leave, as Jeff suggests? Jeff’s statement is curious. They do! I know a lot of people who’ve got burned out from the environment and moved on after a couple of years. Why don’t more of them leave? Jeff might well leave if he were a front-line employee in Amazon. After all, he’s an entrepreneur and a risk-taker. Would a mom working to support 2 children and a husband quit? Technology companies encourage employees to stay with the company through stock grants that vest over time. Amazon follows this practice. The working mom might be walking away from a lot of money. Besides she might need the regular income and struggle to find the time to interview for another job.

Jeff’s position in Amazon affords him a distorted view of the day-to-day experience of his people. Jeff has Leadership perspective, not Front-line perspective.

Culture becomes more obvious when two different cultures come into contact. You live in your culture every day. Because you’re so close to it, because you’re part of it, it can be difficult to see your culture clearly. Fortunately, what’s not obvious to you becomes very obvious to someone else when your language, ritual, status or taboo is different than theirs. External perspectives on culture can be very valuable in understanding what your culture and behaviors look like from the outside.

Artifacts of your culture are how your culture intrudes into the real world. Here are some ideas and examples:

This article series started looking at 4 clues you can use to observe company culture: language, rituals, status and taboos. On their own, you can use these clues to build your own view of your company culture. In this article we’ve begun to expand our perspectives on culture beyond how you as an individual view the culture, to include the perspective of other employees on the front-line, your leadership, people outside your company and the artifacts of your culture.

This article has focused on explaining what those four different perspectives on culture are, using examples. I used Jeff Bezos’ response to a New York Times article criticizing Amazon to illustrate how his culture perspective as a company leader differs from the experience of front-line employees.  I reiterated how my perspective of Microsoft employees and the culture of Microsoft changed going from an external partner to an internal employee. And I gave a list of artifacts, from the position of the CEO’s desk to the opulence of the company offices.

The next step is explaining how to document and record these perspectives on culture to build a comprehensive view of your culture. That’s a big task, which we’ll tackle next week.