There Are 4 Types Of Transparency In Business 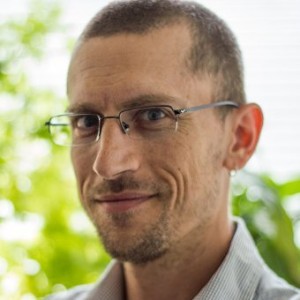 Matt is the CTO of a mobile software consulting firm.  They build mobile apps for their customers.  Their mission is to delight their customers, while also delivering a profit for the business.  In addition to his responsibility to the profit engine and customers, Matt is responsible for keeping the technical team at the company motivated and energized.    He asked :

How important is transparency in an organization?

The short answer to this question is that transparency is incredibly important.  In part one of this answer, I’ll look at aspects of transparency beyond simply sharing information and how that can strengthen an organization, using examples from my own experience.  I’ll follow up next week with part two, a practical guide to achieving greater transparency by learning where you are and are not being transparent, and choosing to move that boundary.

What Is Transparency In An Organization?

Words have meaning.  When I read “transparency”, a certain set of my experiences come into my mind that shape my interpretation of transparency.  So it’s worth taking a moment to check those perceptions and assumptions.  Transparency can be used to describe the physical property of materials you can see through, like glass.  But it also has a definition concerning human behavior:

You can broaden the idea of information, expectations, perception and intent across over a whole organization.  So when I think transparency of an organization or a team, I think about :

What if your organization had embraced all the different types of transparency above?  You’ve all worked really hard at being more transparent with information, expectations, perception and intention. Transparency is an ingredient but it isn’t an end in itself.  However, transparency is an absolute necessity for trust to exist: trust in each other, trust between teams, trust between management and employees.  And when you have trust, it’s easier to build teamwork.  It’s easier to collaborate.  It’s easier to be creative (because you can trust that the intent of feedback and discussion is in the spirit of making something better, rather than trying to prevent failure).

You may have worked in teams where there was transparency of information, but there was opacity of expectations with no clarity of intent.  Trust and teamwork probably suffered.  You need to get all four aspects of transparency working to support trust and create teamwork.

Transparency starts with managers and executives.  They set the tone for the organization. Their attitude to transparency – intent, expectations, perception, information – tells the organization how they should think and act.  Think of the leadership as the mid-point of the bell curve.  Most people will fall pretty close to the mid-point.  You’ll get a few outliers who are much more, or much less transparent.

I care a lot about transparency because I’ve worked in some places where a lack of transparency has really hurt the company.  I’ve avoided naming companies and people because I don’t believe it’s productive to publicly shame people.  I’ve worked with:

Most people will have had at least one similar experience to those on this list. Many of you will have had more.  I include the last example here to illustrate that transparency isn’t solely the preserve of “managers”; it’s something that we’re all responsible for even though it is the managers in a hierarchical organization who set the tone for transparency.

Step through each of the examples above.  In each case, the lack of transparency creates a culture and environment that seriously hampers collaboration, creates politics, creates caution and risk avoidance.  How can you trust a leader who says one thing in public and another in private?  If that leader were to support your particular project in a board meeting (in public) what are they saying after the board meeting to a smaller group (in private)?  If an executive won’t acknowledge that there is a challenging business environment, is it OK to speak up if a project is running over schedule?  If a team is trying to take work away from you, what do you do?  Fight fire with fire and try to take their work?  What value is there in competing with each other rather than competing with competitors?  If a team you depend on won’t share information with your team, should you share information with teams that depend on you?  Finally, isn’t it an indictment of your leadership if an employee doesn’t feel that they can say “I’m unhappy with this project”?

None of the people and teams involved above were consciously trying to create suspicion and politics.  Those were outcomes of a lack of transparency in the same way that trust is an outcome of transparency.  In each case, the person had a reason that – for them – justified their behavior.

These reasons are examples of the stories we tell ourselves about how “bad things” will happen if we are transparent.  However, those “bad things” aren’t real, and they aren’t as bad you think they are.

Getting Over The What Ifs

The hardest part of trying to be more transparent is getting over the fear of the bad things you think might happen.  For example, I share information with a partner company about a product launch.  What if they share that with a competitor?  What if they accidentally leak that information to the press?  If I tell my manager that I’m unhappy with the project I’ve been assigned because I think it’s beneath me, will my manager see me as a complainer?  And will he want a complainer on his team?

Our brains have an incredible capacity for taking little bits of information, and piling them up into a big story.  It’s a useful evolutionary response.  Twitching in the bushes might equal “tiger about to eat me” but it could also mean the wind is blowing.  Our evolution has given us the gift of taking small cues and turning them into a complete story, with a bad ending.  Then our experience magnifies that response because we had an experience where we spoke up on an issue and got criticized for speaking up, or we shared information that someone used against us.  It’s actually a wonder that we ever take any risk.  Caution is easy, and safe.

When we’re thinking about transparency, there are a lot of “what-ifs” that can happen.  They feel very real.  And they are all possible.  Using those “what-ifs” you can create a very compelling, reasoned argument for not being transparent.  The goal here is to explore in more detail whether we’re reacting to the tiger or the wind.  Transparency is a continuum, not a black and white issue.  Transparency for me is different than transparency for you.  Part two will give practical advice on how to figure out where the edges of your transparency are so you can choose whether to move towards more transparency.