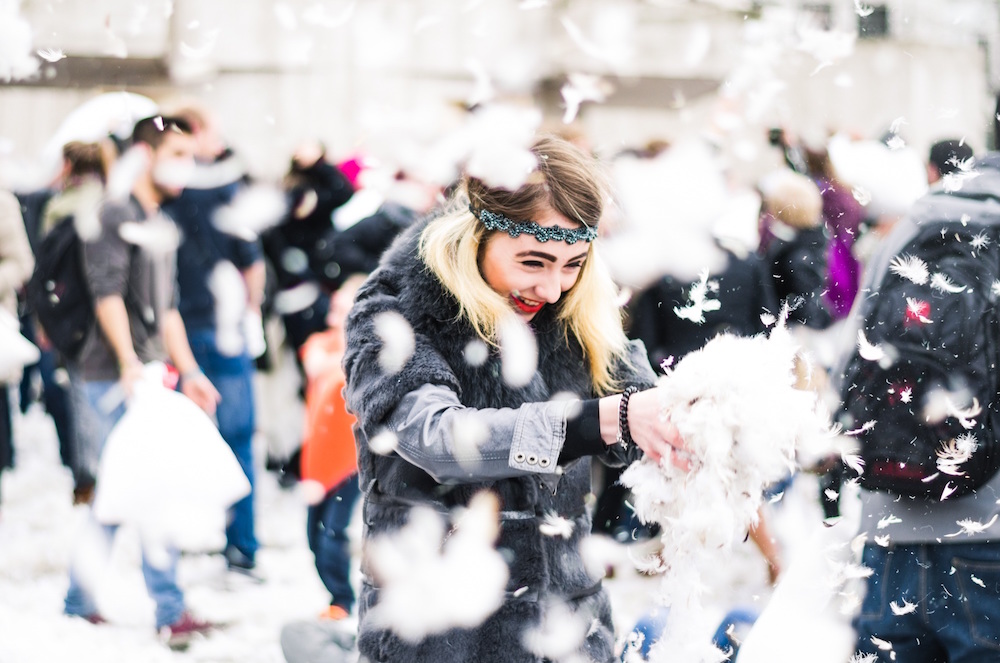 I want you to consider two possible futures. In one future you get fired from your job. In the other future, you receive a promotion. Which do you prefer?

I’m confident that you chose the promotion. Because when your brain ran through those scenarios, the promotion seemed like the scenario with the best outcome. It’s logical: you’ll have more money, more status and won’t have the ignominy of telling your friends and family you lost your job.

Impact bias is our brain’s tendency to overestimate the length or the intensity of future feelings. Getting a promotion seems like a better outcome but in reality, 3 months after getting promoted or getting fired you’d feel about the same.

Impact Bias is one of many cognitive biases. Cognitive biases are what cause us to make irrational decisions, misinterpret information or misjudge situations. Dan Gilbert has spent 25 years studying impact bias, in an area of psychology he calls Affective Reasoning. Unfortunately, many forced distribution performance systems create exactly this impact bias scenario with bad consequences for team performance.

In case you’ve never encountered one, forced distribution performance systems usually combine three things: a rating system, a series of rewards and a distribution curve. It might look like this :

The rating system gives each employee a rating or grade of some sort. For example a score of 1 to 5, or a grade A through F. Sometimes there are strong guidelines for how to rate employees, but often it’s a subjective rating given by the manager. As an aside, those subjective ratings are usually affected by biases, including recency (weighting recent actions as more important than distant ones) and the halo effect (transferring good performance in one area into another area). Our example uses a 1 to 5 system, with 1 meaning poor performance and 5 meaning great performance.

The series of rewards attach an incentive to each rating, often with significantly bigger incentives for the higher ratings. In our example, the top rating gets 50% of salary as bonus. The middle rating gets 10% bonus and people with the bottom rating get fired. The intention is to get people to strive to be in the top rating to get the best rewards. Why fire the bottom 10%? The theory is that by constantly replacing the worst performers on your team, you’ll hire better performers and the overall capability of the team will improve. This doesn’t work in the real world for reasons we’ll come to shortly.

The final part of the picture is the distribution curve. This is the forced part of forced distribution performance systems.  The curve says that only a certain percentage of employees can get each review rating. Very few people get the top or bottom rating. Most people fall in the middle. In our example, there are 20 people on the team. 2 will get the top bonus, 8 will get 10% and the poor bottom 2 will get fired. The argument for forcing the distribution is that without it, managers would give all their employees the top ratings to get them the best bonuses and no-one would get fired. This is the Sword of Damocles hanging a team. The manager must pick who gets rich and who gets fired. And the whole team knows it.

Impact Bias is what makes forced distribution performance systems work.  It creates the desire to move away from one end and toward the other end of the curve. It implies a symmetrical set of motivations. In other words, we’re equally motivated to strive to climb to the top as we are to avoid sliding to the bottom and getting fired.

This is where another bias comes into play. We also have a Negativity Bias. Negativity Bias makes us attach more significance to negative events than positive ones. This is useful in evolution because it helps us remember not to stick a hand in the fire more than once. However, it’s unhelpful in this scenario because it gives us a bigger incentive to avoid dropping to the bottom of the curve than to strive for the top.

What are the problems with this asymmetrical motivation, where we are more motivated to avoid the bottom than strive for the top? Here are my top 2 (although there are many more):

There are two ways to avoid being at the bottom.

One is to strive and climb to the top, and assume that you can climb faster than everyone else. This is the desired behavior in the model. It causes everyone to try and perform better, which – in theory – causes the team to get better results.

Unfortunately, there’s another way to avoid being at the bottom, and that’s to make sure someone else winds up there. This behavior manifests in many different ways:

Do these sound like behaviors you want on your team? They are the hallmark of an unambitious team whose members waste their time trying to game the performance system and compete with each other.

Sometimes to stand out from the crowd, you have to do something spectacular. Maybe that means creating a new project or initiative. Maybe that means creating a new technique or process. Whatever it is, doing something spectacular usually means taking a risk on something that might not succeed. The people who are already your top performers are naturally more willing to take risks. For everyone else – the people you would like to become top performers – forced distribution performance systems create an environment where the penalty for failure is to lose your job. You’ve created incentives that cause people to avoid risk and maintain uninspiring performance. In other words, you’ve killed creativity and innovation.

The forced distribution performance systems were once the darling of the corporate world. Pioneered by Jack Welch at General Electric, it was supposed to give us ever-improving teams, finding new ways to outperform each other. It was born in a time and at a company that was heavily left-brain driven, valuing logic and intellect. The system appears to be logical and rational.

Unfortunately, human beings are not purely rational and logical. Impact bias and negativity bias are examples of where our behavior is counterintuitive and not logical. When you push illogical and irrational human beings through a process designed for logical actors, you get unintended consequences: politics, unethical behavior and risk-avoidance. Those unintended consequences waste time, disrupt teamwork and stifle innovation and creativity.

Microsoft, GE, Adobe and many more have abandoned their forced distribution performance systems. It’s time you did too.